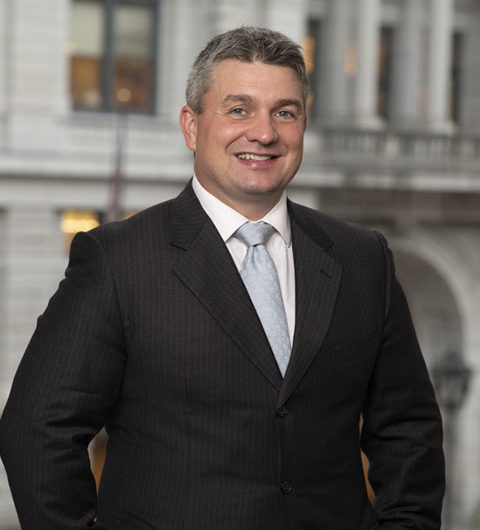 Attorney Pomerleau has a wealth of successful courtroom experience. A member of the Massachusetts and Maine bars, the Federal District Court of Massachusetts, and the First Circuit Court of Appeals, his practice focuses on all aspects of criminal defense. He also handles many immigration matters, such as deportation defense and appeals in the immigration courts, and in particular, has extensive experience advising noncitizen clients about devastating immigration consequences – such as deportation or denial of citizenship – that may result from current or prior involvement with the criminal justice system. He also has experience representing clients before the US Citizenship and Immigration Services and the National Visa Center regarding obtaining certain immigration benefits, including lawful permanent residence, citizenship, and H-1B visas.

Attorney Pomerleau has state and federal trial experience, successfully representing clients as lead or co-counsel in obtaining many acquittals on charges such as controlled substances violations, unlawful possession of firearms and ammunition, operating under the influence of alcohol, assault on a federal officer, and insurance fraud. He also has been successful in litigating motions to suppress evidence and dismiss charges. His postconviction results are also impressive. He has won some criminal appeals and briefed and argued several others, and also has won several dozen motions to revise and revoke criminal sentences, to vacate guilty pleas and admissions, and for new trials. Many of these motions saved clients from lifetime deportation. In 2008, he represented as co-counsel a client before the Massachusetts Advisory Board of Pardons, obtaining a unanimous 7-0 recommendation for a pardon – one of the only favorable recommendations in at least the last two decades.

Before joining Rubin Pomerleau attorney Pomerleau was a partner at Pomerleau Wood LLP. Prior to that he worked as an associate focusing on criminal defense and immigration with the Law Offices of Jeffrey B. Rubin, P.C., in Boston, and as a staff attorney with the Boston office of the Committee for Public Counsel Services, Massachusetts’ public defender agency. After law school, Attorney Pomerleau obtained a prestigious judicial clerkship with Associate Justice Robert W. Clifford of the Maine Supreme Judicial Court. He drafted complex legal memoranda for the seven justices to utilize in preparing for oral arguments, and assisted Justice Clifford’s chambers by drafting opinions and facilitating the decisional process. Before law school, Attorney Pomerleau worked as a private investigator in Orlando, Florida for a renowned criminal defense attorney, Donald R. West, handling serious felony cases involving murder, drugs, robbery, carjacking, and death penalty mitigation defense. Attorney Pomerleau is a magna cum laude graduate of New England Law | Boston, ranking third in his class. He was a perennial recipient of the New England Scholar Award and the Dean’s List, an Articles Editor of New England Law Review, a student publication that publishes scholarly writing, and a semifinalist and winner of the Best Brief Award at the New York Regional of the American Bar Association’s National Appellate Advocacy Competition, among other notable achievements.

He also possesses a Master’s Degree in Criminal Justice, and a Bachelor’s Degree in Legal Studies, both from the University of Central Florida. Attorney Pomerleau has held membership in the Massachusetts Association of Criminal Defense Lawyers, where he cochaired the Young Lawyers Group, the Maine Association of Criminal Defense Lawyers, the Massachusetts Academy of Trial Attorneys, and the American Immigration Lawyers Association; the Norfolk County Bar Advocates and the Criminal Appeals Unit of the Private Counsel Division of the Committee for Public Counsel Services; and the Massachusetts Association of Court Appointed Attorneys, the Massachusetts Bar Association, and the American Bar Association, including its Criminal Justice Section and the following committees: Alternatives to Incarceration and Diversion; Appellate and Habeas; Criminal Practice Management/Solo and Small Firm; Criminal Procedure, Evidence, and Police Practices; Defense Function; Immigration; Innocence; and Re-Entry and Collateral Consequences.

Attorney Rubin saved my son from deportation and helped him to win his green card and lawful permanent residency. Attorney Rubin’s hard work, determination, and honesty led to this successful outcome. I thank G-d and Attorney Rubin that my son is still here in the United States with me.

Attorneys Rubin, Pomerleau, and their team are amazing! My brother had been battling with possible deportation for 8 years. Jeffrey and his team were relentless. There were many setbacks over the years, but this past 9/11/2012, my brother was sworn in at the TD Garden as a US Citizen. My very young nieces can grow up with their father in the same country as them. Thanks to them our family won’t be torn apart.

Attorney Todd Pomerleau has been amazingly thorough, professional, and diligent throughout the months of my son’s court case. His attention to detail, knowledge of the law, and ability to make all of the steps clear to us had made the whole experience of working with him a great one. We could not have had better representation. Thanks again.