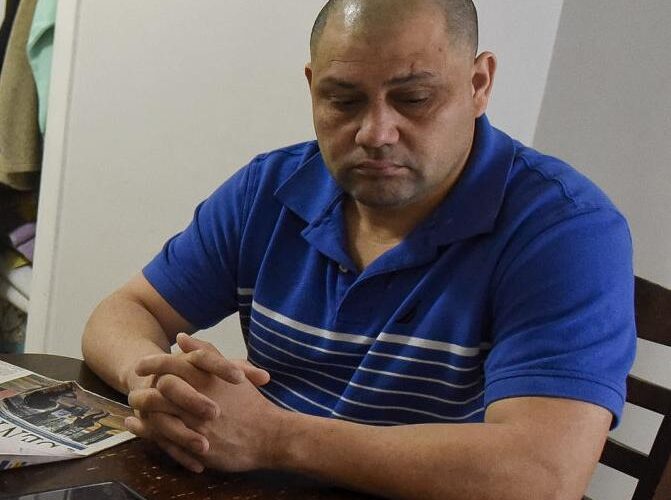 With airports still closed in his native Honduras, a Manchester father of three has gained a reprieve from his deportation, which had been scheduled for Wednesday, his lawyer said.

Boston immigration lawyer Jeffrey Rubin said he advised his client, Eleazar Lopez Ayala, not to show up Wednesday morning at the ICE office at the Norris Cotton Federal Building in Manchester.

That’s where Ayala would have had to surrender himself for self-deportation.

Meanwhile, a stay of Ayala’s deportation is on the desk of New England region ICE administrator Todd Thurlow.

“The ball is in ICE’s court,” Rubin said.

Two weeks ago, the New Hampshire Union Leader reported that Ayala, 43, was facing imminent deportation following a three-year legal battle. That battle started in Deerfield, when police alerted ICE after they came across Ayala beside a car with a flat tire.

Ayala had sneaked into the United States when he was 17 and for more than two decades stayed out of trouble. But his legal appeals were exhausted earlier this year, and he was ordered to self-deport on Nov. 9.

The status protects immigrants from deportation while their country manages a crisis.

Honduran President Juan Orlando Hernandez also warned of an immigration surge to the United States in the absence of coordinated assistance for his country in the wake of hurricanes Eta and Iota.

Nearly 100,000 Hondurans are living in shelters and the country’s economy has been paralyzed, the newspaper said.

ICE did not provide a comment for this article.

Rubin said a representative from the office of U.S. Sen. Jeanne Shaheen, D-N.H., told him that ICE will give Ayala a new date, but did not specify what the date would be for.

Rubin believes ICE has lost interest in Ayala. His client’s agent has not returned three telephone calls from Rubin.

The agency backs off when religious organizations, politicians and the media become interested in a case, he said.

“There are so many millions of others they can go after,” Rubin said.